Anne opened the fairy trail for the Easter holiday. It was obviously a very welcome change for families, judging by the letters to fairies and donations for St.Michaels.

The groups were well-spaced out with plenty of time in between.

The trail itself is spread over a wide area.

On Good Friday I set up the fairy willow tree which I enjoyed very much. I put the finishing touches to the gnome home and Anne had worked hard on all other areas. Paula and I even managed to give Winnie a slight spruce-up. 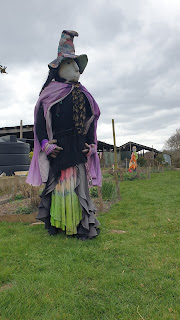 The gnome home was a new project for this spring. It all began when Anne moved the bird bath to the tortoise run and left a very interesting "space." After setting up the fairy cave, I decided to create a gnome home. 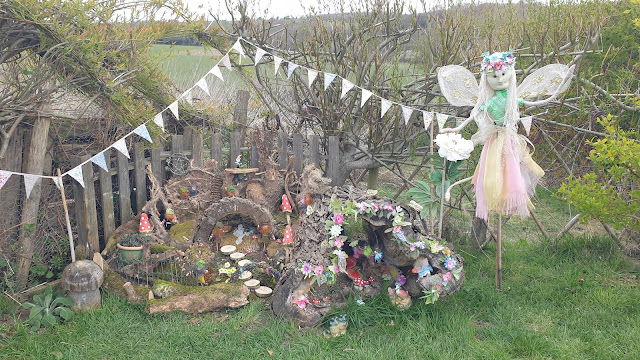 Here is the complete corner including the fairy scarecrow I made last year.
The fairy garden has been set up for quite a while. 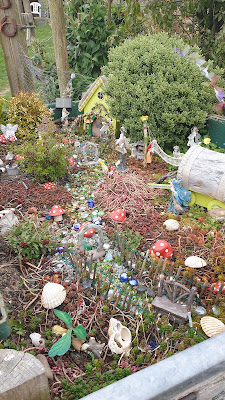 The new donkey stable was turned into a fairy haven for letter writing with a log burner set up in the corner. 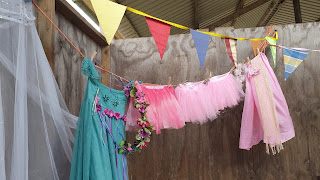 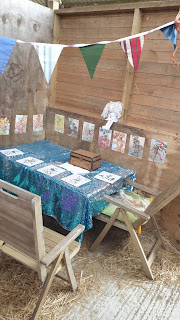 The sun shone but it was very cold.

Other highlights are the witch`s hovel, the goblin`s lair, the fairy village and the giant. Not to forget the garden where you can see rabbits, guinea pigs and tortoises.

And of course the three donkeys are not to be missed.

The fairy trail is on-going until 18th. and the money is still rolling in. 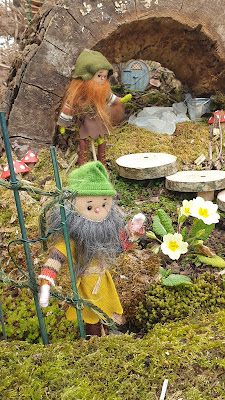