At last I have gotten around to trying seed paper.

At first I was going the whole way and duly soaked old egg carton packaging in water. It was suggested that a food processor would do the next stage but I was reluctant to ruin ours. So I gave up on that idea and put the soggy mass on the compost heap. It was a horrible colour anyway and it would have been a long messy job.

My next idea was to use banana and cigar paper. 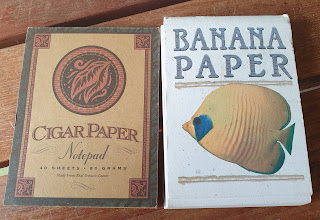 In the end I only used banana paper due to its creamy colour.

I mixed up a very weak solution of water and white pva glue. 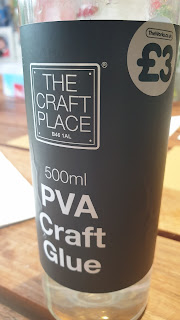 I had plenty of home-saved seeds. I opened several packets and mixed them altogether. 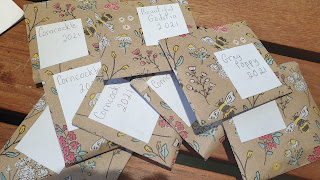 I painted a sheet with the mixture and sprinkled it with seeds.

And here`s a tip ... don`t use very large seeds with small ones. 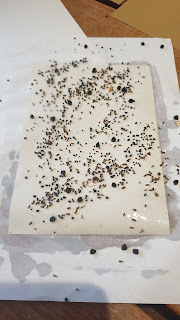 Then I placed a piece of paper towel over the top and painted another layer of the glue mixture. At first it bubbled up but I noticed this disappeared as it dried. 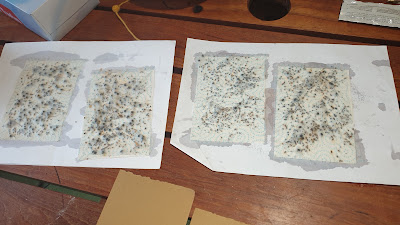 I left these on the radiator to dry off and it didn`t take long. Overnight I placed them between the pages of an old sketch book with weights on top to flatten out.

Today I had an idea to make them more attractive and I used pretty serviettes with insects on for the top layer. Best of all the serviettes are recyclable. 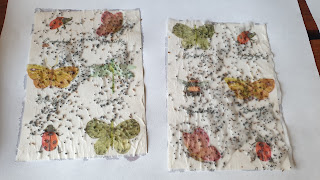 These are all poppy seeds. They are currently drying on the radiator. 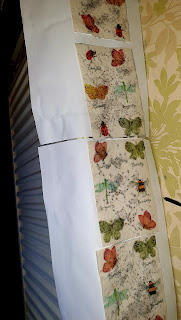 I intend using them to make cards then the recipient can plant the seeds in the ground as they are and enjoy what comes up.

This is an easy project for children or adults alike,

Why don`t you give it a go.

I look forward to seeing the results this summer.