The walk to The Fairy Trail is beautiful, past the meadows and round the edges of the newly planted woods, accompanied by butterflies and all sorts of other insects.

I walked it on my own to get a feel, and to see what could be added. Anne had already added to the fairy willow tree with very pretty fairy bunting and a glittery chandelier. I had some new fairies, a caterpillar and yet more glittery hangings. 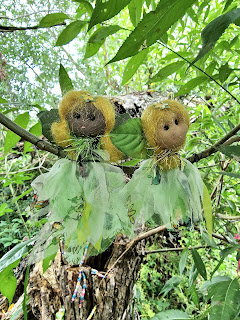 There were a few bees to add and extra flowers leading along the path. 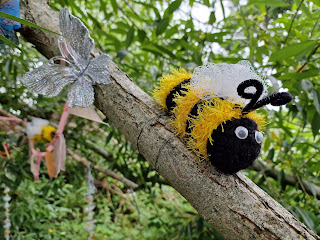 It all looked quite magical. 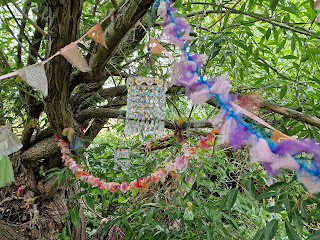 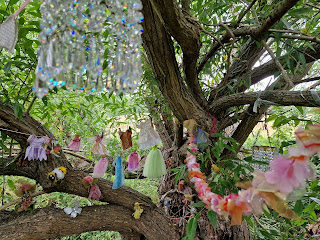 Then it was past the witch`s hovel. She was not at home. 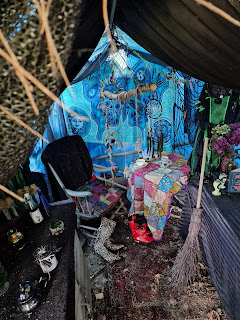 Further along the log seats were arranged under the old oak in the fairy promise area. 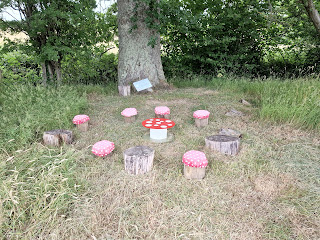 I enjoyed the walk on my own. It was quiet and relaxing, and I imagined the visitors we might have.
The garden looked very pretty though of course there were plenty of jobs. But I felt that people would just have to take us as we are. After all, a garden is an on-going pleasure of  tasks.
At that point the grass was beginning to look a little frazzled.
Anne set up shade with umbrellas and gazebos.
Fairy garden making equipment had been spread out and wands were prepared with ribbons and glitter to decorate.
So everything was ready
The charity we chose was
Red Cross Ukrainian Appeal. 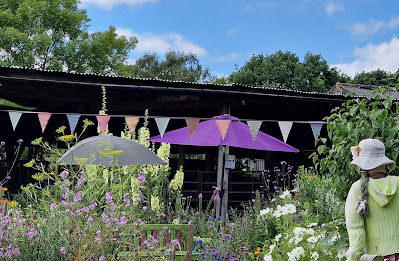