I hate to say this but the season feels as if its changing.

It could be the excess rain and the destructive winds but it is also that feeling in the morning .... a bit of condensation, grass wet underfoot early, leaves on vines turning red. 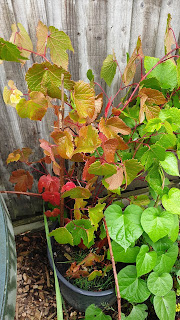 We went to the garden today. I managed to strim all round and to prune the blackcurrants pretty hard. In the autumn I may very well move one of the bushes whose branches always grow through the wire. I might even be able to untangle it from the bramble which grows up with it every year.

Some campers were very keen to glean the last remaining currants from the branches. I was very interested to hear how the family had bought land, on the strength of what they had seen at Freshwinds Garden, thought, "we can do that" and they are now growing their own in Wales. And I wish them very good luck and happy gardening. 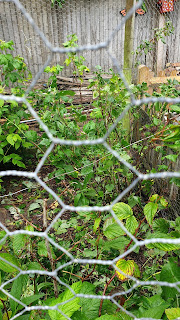 I picked sweetpeas and had to cut sunflowers as the plant had blown over. I`ve tried to rescue it twice. We are running out of stakes to save them all. 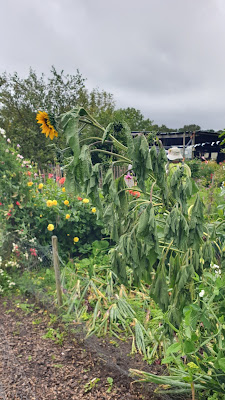 Its a lovely bunch but I would prefer them to be still growing. There were lots of side buds. 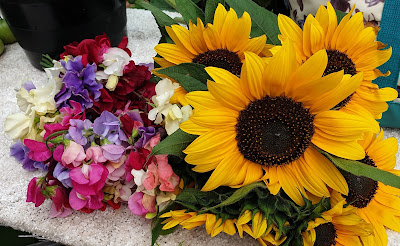 This sunflower came up amongst the sweetpeas. I let it do its own thing. 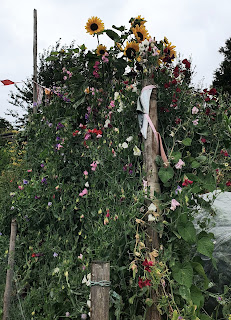 This summer the wind has been the bugbear, destroying hollyhocks, sunflowers and even blowing over dahlias.

As I trundled along with a barrowload of blackcurrant prunings to burn, the heavens opened. I had to shelter in the open-sided barn. It took a while to pass over.

One thing to be said for the rain, it keeps things going for longer. 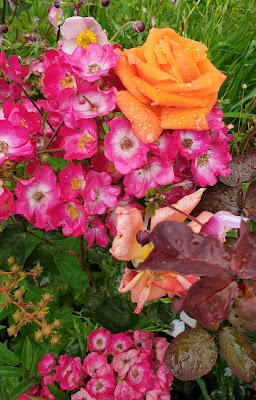 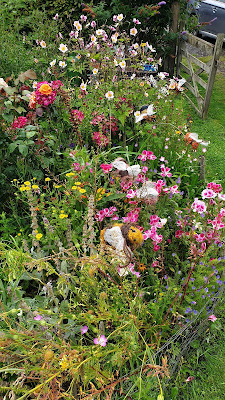 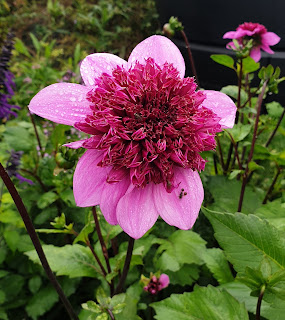 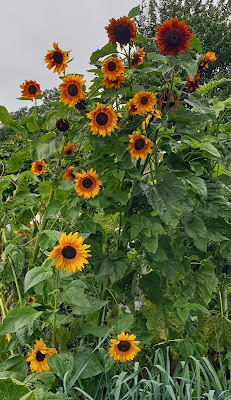 We sheltered further in the polytunnel where huge tomatoes continue to ripen .... 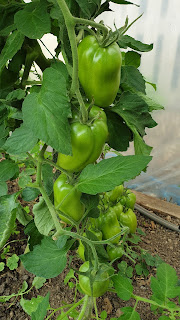 ......aubergines are growing in a most prolific way, along with ipomea which is perhaps out of control..... 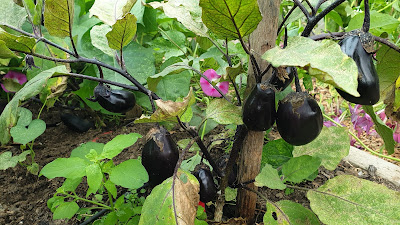 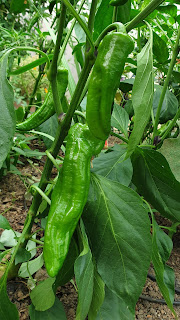 Tonight its carrots, the first sweetcorn and courgettes for dinner. 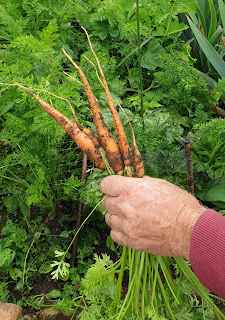 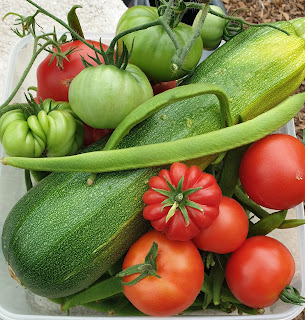