Amongst the Buttercups and Daisies

The growth in the garden after the rain, is phenomenal. I am having to cut back rampant greenery to leave space and light for new plantings. 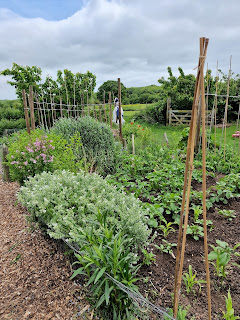 Today Anne was busy putting a new gate and posts into the mini-orchard. I was planting helichrysum, ipomea and malope. And Steve was adding watering nozzles to the watering system in the polytunnel. 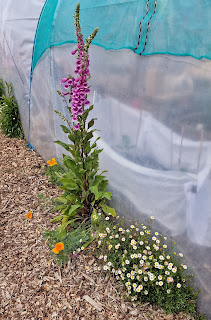 Note the shading is now over the polytunnel and the plants which are avoiding rabbit damage, alongside.

We all got on well with our respective jobs with Buddy, the dog joining in the activities.

Earlier in the year, I decided that I didn`t want to spend so much time weeding the big path so we have just left it to go wild. I have to say it is amazing. 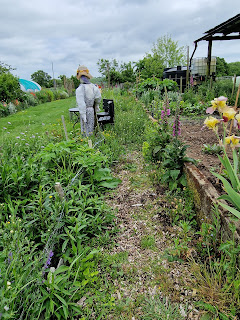 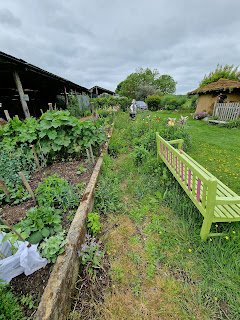 And who wouldn`t want to sit here amongst the buttercups and daisies. I am loving the long grass too. 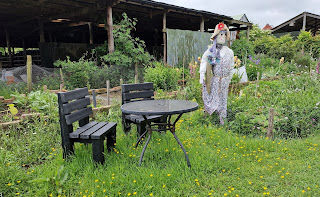 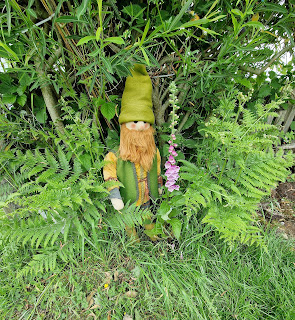 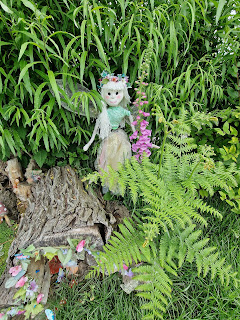 The little fairy and the gnome are nearly lost amongst the new bracken shoots but somehow looking quite at home,

Other fairies have appeared flitting around the flowerbeds. 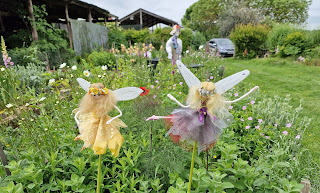 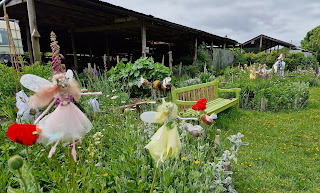 I tied the sweetpeas. I am excited about the row which is doing very well.

We noted rabbit and slug damage .... quite a bit of evidence around, and something bigger has taken the tops off the new cornflowers. No idea what it is but whatever, it has leaned against the wire netting.
Soon we will need to net the cherries. Looking to be a good crop. And the bunting will be going up for the Platinum Jubilee weekend. 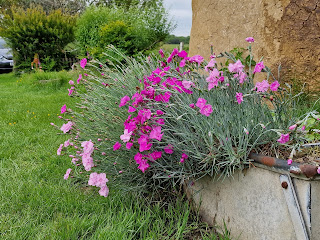 A truly lovely time of the year. 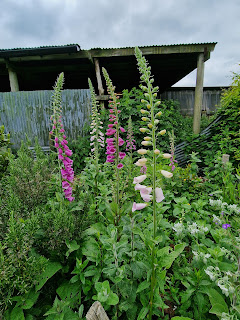