How delightful to be able to go to Carols in the Barn last night ....the real thing, after last years on-line version. 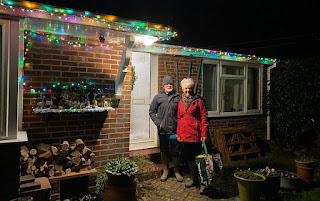 Setting off from our house.

The big barn was beautifully decorated with twinkling lights, hay bales well-spaced out and pens full of animals .... cows and the calf, sheep, donkeys and the goats including a very naughty new one. Actually they were mostly well-behaved apart from two goats play fighting half way through. 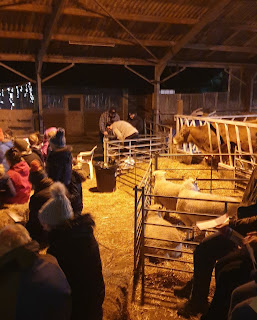 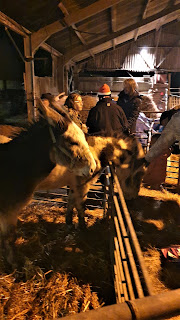 The singing was particularly good this year ...... ably led by Wendy and accompanied by a very good pianist called Roland, who accompanies the village choir.

The children had stars to hold up whenever the word "star" or "light" was mentioned. Adults lit up their phones to wave around. 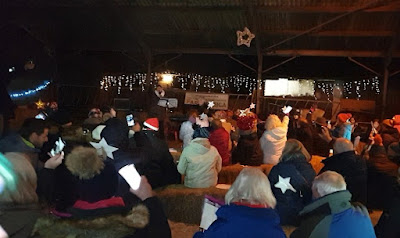 We sang all the usual well-known carols with gusto. There were solos from children and requests from the audience. 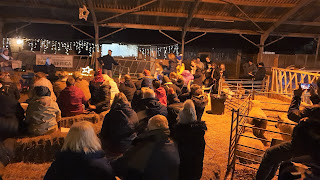 Then it was mince pies, sausage rolls and mulled wine, heated up in the shepherd`s hut which is undergoing a renovation. 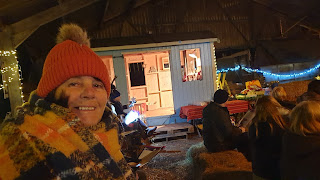 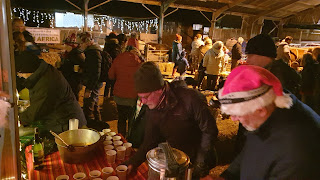 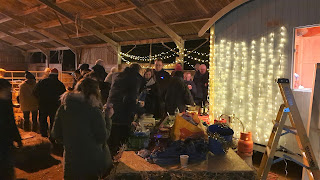 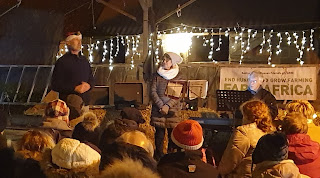 ..... and Philip did a little talk and a prayer which I felt, came from the heart.
He is new to the village. 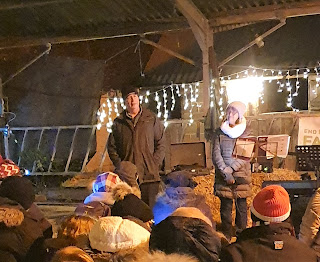 It was a great evening. Lots of hard work from Tim and Anne  and the musicians. Thank you.
All donations will go to Farm Africa. 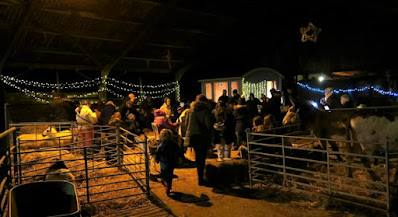 Thank you for extra photos from Jan and Paula.