Here we are on the last day of 2019 and here is the first part of our review. It has been yet another great year with lots going on at Freshwinds Garden. 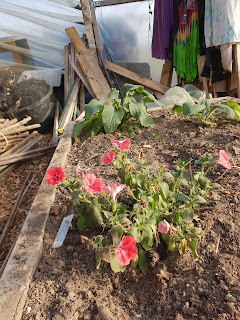 FEBRUARY found the pond full to the brim. Apart from the summer months it has been pretty full for most of the year due to the heavy rainfall. 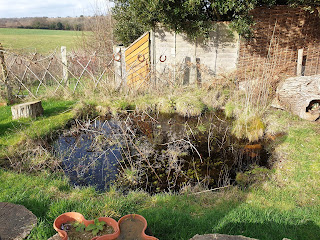 One of the donkeys joined us for a tea break.
(They can`t put their heads round this corner any more.) 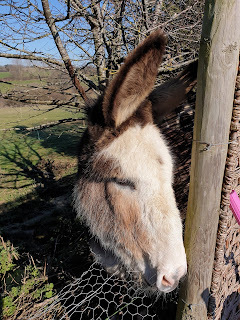 MARCH saw an overhaul of the honeysuckle bed and the demise of the old two seater. It was a freebie. One of the scarecrows had a make-over. 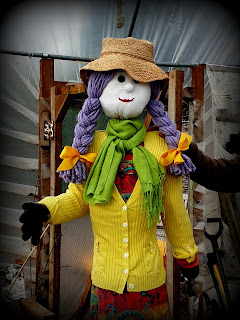 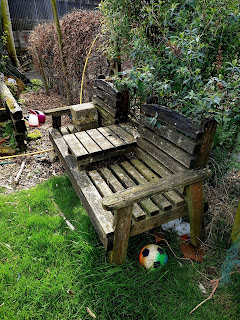 In APRIL the robin nested in a black plastic sack in the cob shed. In 2020 they will have a proper nesting box. Later in the month they hatched out. The apple blossom was glorious. 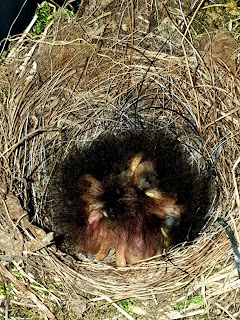 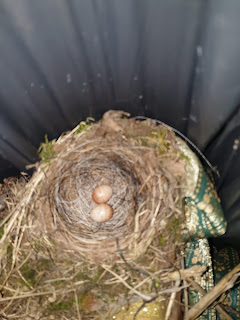 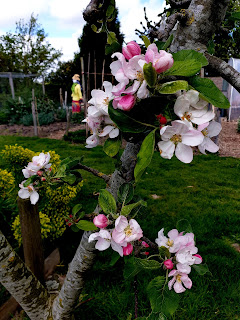 By MAY many crops were on the go. The fairy yurt went up and the mini-nursery was set up.
Butterflies were released in the garden. 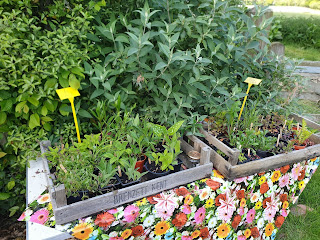 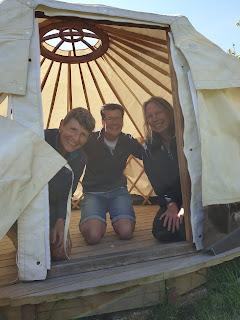 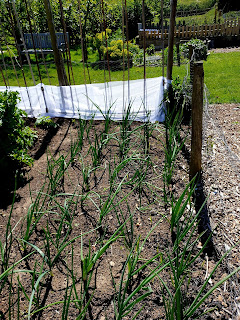 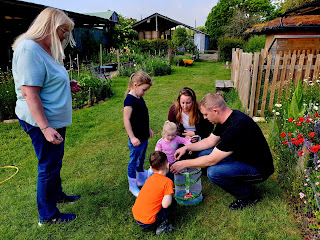 By JUNE poppies were flourishing in every corner. Miranda arrived. And Paula spotted this snakeskin in the polytunnel. 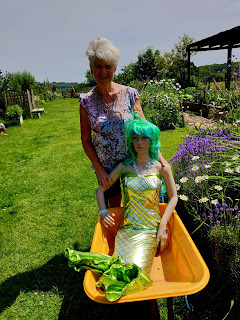 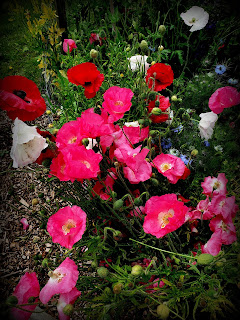 And so comes to an end the first half of the year.
Posted by Jen Grist at 12:31