Here is part 2 of our review of
Freshwinds Garden blog.

By JULY the garden was flourishing. We had a great weekend in the Woodland Yurt. 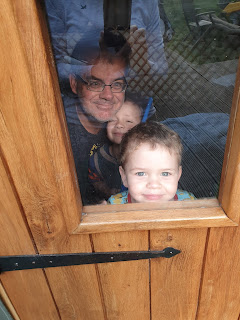 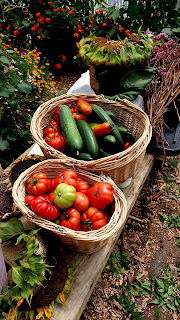 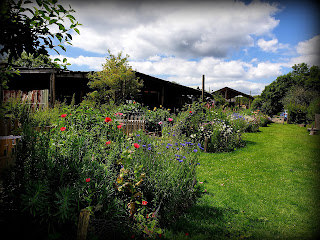 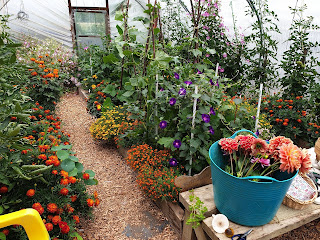 In AUGUST there were strong winds which knocked over quite a few sunflowers before they reached their best. The willow arch suffered as well. The baby goats arrived. 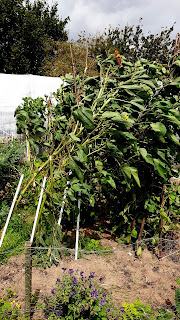 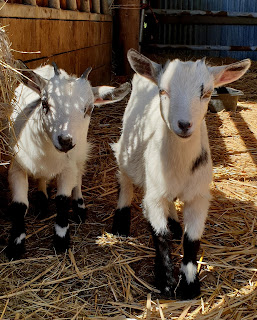 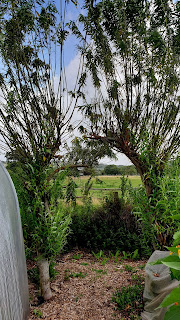 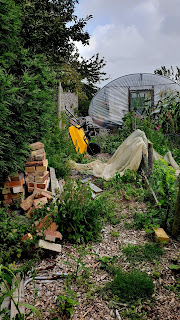 By SEPTEMBER damson jam making was well under way.
Harvesting reached its zenith and Janet bought us a new seat. 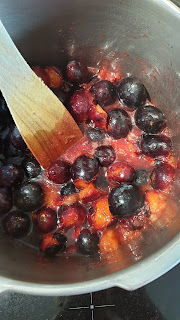 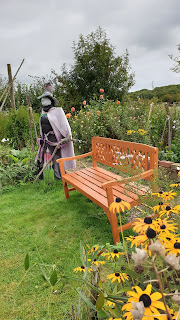 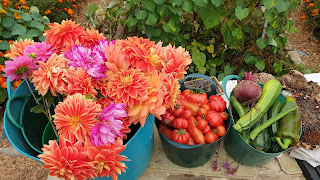 In OCTOBER we were still picking armfuls of dahlias.
We were given 10 huge pieces of fencing by my nephew.
There was a lot of preparation before we could start. 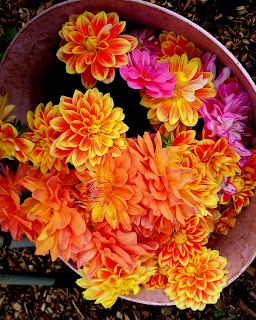 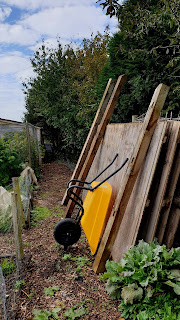 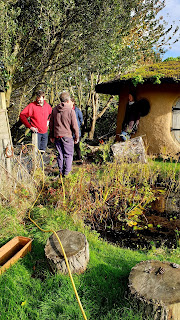 By NOVEMBER the new fence was well underway with the help of William and Rachel. The scarecrows were indoors seemingly having a good time. Tomatoes were still ripening.  By the end of the month the fence was completed. 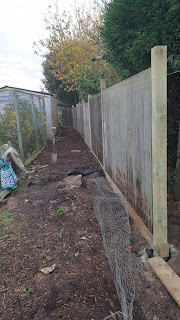 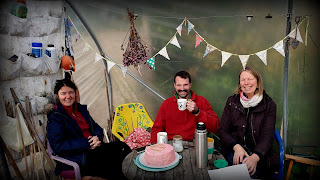 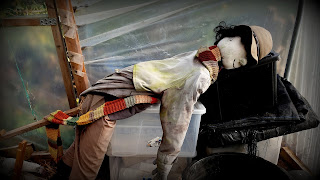 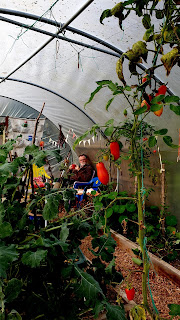 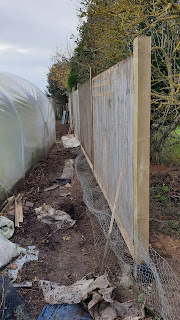 In DECEMBER there was so much rain that on any dry days, we were to be found in our own garden demolishing a wall and putting up a new fence. We did a successful wreath making session at the coffee morning but I missed the Carols in the Barn due to a sickness bug.
I was very disappointed. My only other visit was to collect vegetables for Christmas dinner. 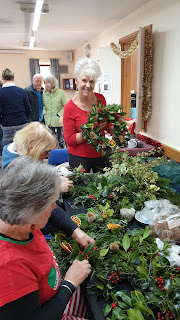 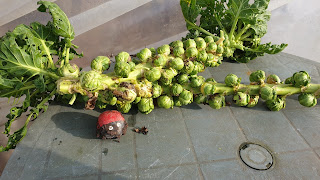 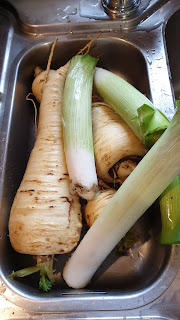 We look forward to the new year with great enthusiasm.
We are hoping to see all our new visitors and of course the
well-known faces once again.
We would like to thank all those who have helped us in any way .... with freebies, garden gifts, garden jobs etc.
Particular thanks to William and Rachel for help with the fencing.
It was a great year and we have many new projects and new ideas in mind for 2020.