It was a delightfully sunny day in Freshwinds Garden today.
The recent frost had turned the remaining dahlias black. 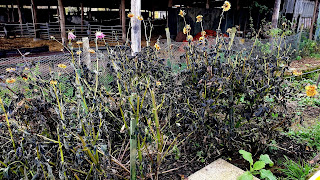 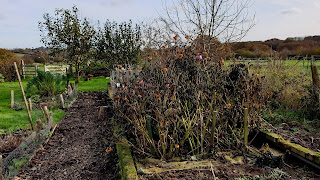 It was my priority to get them into the polytunnel.
Steve got on and cleared the last tomatoes, peppers and French marigolds and made space for the tubers. 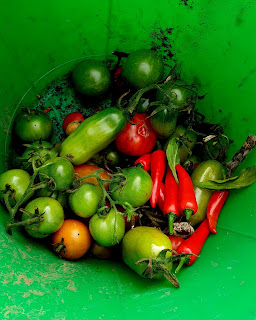 The very last of the tomatoes and peppers were harvested.
It was hard work and as much as I could do to lift some of
the tubers 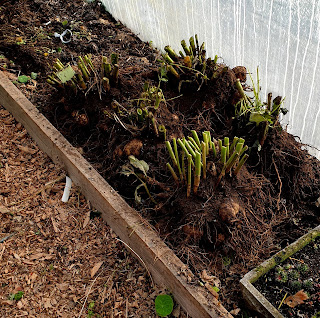 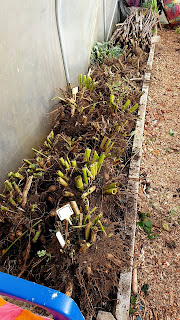 Massive craters were left behind. 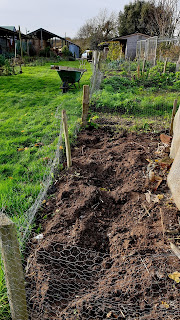 I found myself musing on where to put the sweetpeas next year but was also remembering planting the dahlia tubers earlier this year.
It is a good feeling to have them safely in the polytunnel but they still need covering indoors.
We even had time to weed at least half the raised bed and covered some with old carpet. But I did get cold in the shade. 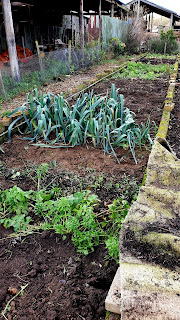 Parsnips and leeks were weeded, carpet paths draped to dry off a bit and pernicious weeds taken to the bonfire area.
The rabbits were basking in the sunshine. 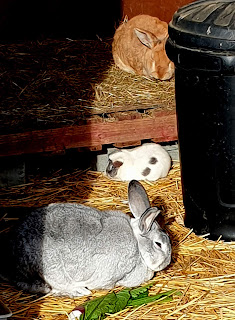 Anne came through after having varnished poles at the yurt areas.
Winter protection.
The dahlia stack of cut stems was huge.
It will rot down well after a while. 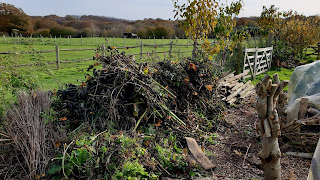 Steve also cut up some of the old willow trunks. 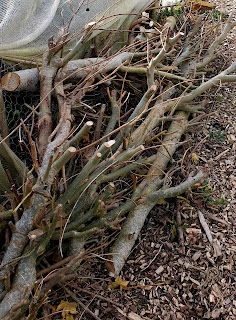 All in all a great morning`s work. 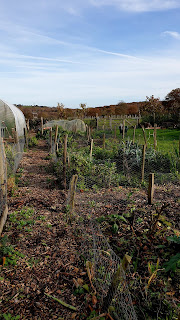